skip to main | skip to sidebar

Knitting made easier..... kind of

Once upon a time I purchased an excellent knitting belt. 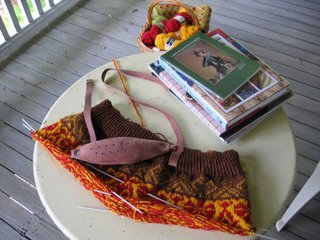 I had read of the legendary Shetland knitters who could knit 200 stitches per minute in the days before circular needles were invented, using long double pointed needles and a belt. I was hoping that I, like them, would be able to finish a fair isle sweater every week, and that I would be able to indulge my passion for yarn and try all the patterns I desired, make all the Alice Starmore sweaters I coveted, and experiment with the colors of the rainbow, all to my hearts content.

I experimented for a while, and although I loved some things about the belt, I was not able to get proficient at the technique, and threw the belt and needles into a dark corner in disgust. They have remained in my box of knitting paraphernelia until I recently thought I would attempt this again.

My reason for wanting to make another attempt was that I felt my knitting was slower and my stitches less regular than they used to be. Also, I have some problems with my hands and wrists. And elbows and shoulder… And I still have the dream of being able to knit faster so that I can finish more of the garments I want. I can’t help it if I love Norwegian sweaters, Fair Isle sweaters, Aran sweaters, ganseys, elegant sweaters, modern sweaters, Andean bags, lace scarves and shawls and gloves… A coworker once said to me that she used to knit but stopped because she got such a glut of sweaters. Well, to me, that just sounded like crazy-talk. 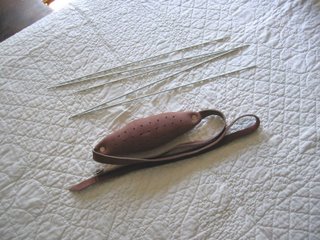 Above is a picture of the belt and the long needles. As you can see, the belt has a pouch, which is stuffed with horsehair, and has many holes which are used for holding the needle. Since there are so many holes, you can customize your belt to hold different size needles. In Norway they had a "knitting stick" which served the same purpose.

The technique seems simple, you attach the belt around your waist, and you stick your working needle into the belt to keep it supported. This way, your hands do not have to support the garment, and your right hand is free to guide the work without also holding up the weight of the knitted fabric. With stranded knitting, this fabric can be very heavy.

The needles I was able to get were 40 cm (16 in) long, and came in sets of four. The three needles created a very rigid triangle, with the fourth as the working needle. For a large circular sweater, I found it impossible to maneuver my working needle with this configuration. How could you hold it in your lap so you could see your stitches when the triangle wanted to lie in one direction only? 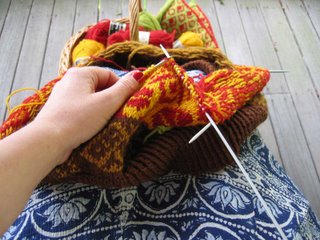 After my difficulties using a four needle set, I added a fifth needle from a different size set. This made a huge difference for me, as the configuration was now more flexible and made it easier to manipulate the work. I will have to order another set of four, because the seller was not willing to break up their sets. 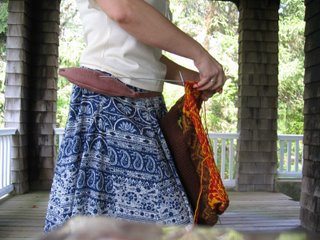 An awkward pose to show the belt without hiding it with my elbows.
Since the needles are so long, I ended up with the pouch of the belt hanging very low on my hips so I could keep my hands closer to my body.

Pros:
1. Because the weight is no longer supported by the hands and wrists, you will feel much less fatigue. It felt WONDERFUL to have the right needle supported this way.
2. Your left hand guides the fabric onto the needle, your right hand is completely free. With a circular needle, you guide the right needle into the fabric and move it up, behind, around…
3. Gravity is helping you somewhat, because the left hand moves the stitch onto the needle, and then you just drop the left needle slightly to make the stitch.

All this adds up to knitting faster and with less fatigue.

Cons:
1. The work is not as portable as a circular needle. Lots of long, lethal needles poking in every direction.
2. A lot of practice is required to become proficient. As a matter of fact, when I called the seller (they had a technical support line) they said that they could offer me no guidance on the use of the belt, and that this belt was only for knitters who had grown up using this method.
3. You have to sit very upright to use this. No lounging and collapsing into a soft couch, because you don’t want the work to tilt upwards, it needs to tilt down away from your body. In all the pictures I have seen, the person was either standing, or sitting very straight. I was only successful if I perched on a pillow or on a dining chair.

All this adds up to less convenience.

Some knitters who use straight needles brace their right hand needle under their arm, and this works on the same concept. You can use the knitting belt with straight needles, you would just enlarge one of the holes in the leather to accommodate the cap of the needle you want to use.

According to Sheila McGregor, in her book “The Complete Book of Traditional Fair Isle Knitting” (B.T. Batsford Ltd, London, 1988), the Fair Isle knitters achieved their speed using the continental style, not the English style of knitting. This is good news, because I suck at the English style. Also, they used sets of four needles, 35 cm long (14 in). This is trickier, because I don’t even know that 14 in needles are available anymore. In my experiments, I determined that for me, more, and slightly shorter, needles would be easier.

I absolutely loved the way it felt to have the right needle supported by a belt. It was a complete delight. My hands and wrists felt infinitely better. Curiously, my knitted fabric was more flat, as if it had been pressed, even though the gauge was the same. I credit this to the fabric being under tension on the straight needle, instead of collapsed on a circular wire. I am still not any faster.

I know I need a lot of practice with this, so I am going to have to practice the knitting belt technique on some smaller project. I will definitely use it with any non-circular project. I am not willing to experiment on my current sweaters. They are too important to me and I want to get them finished without trauma. But this is definitely something that I want to pursue further, and if you have a lot of patience, or any kind of hand and wrist problems, I would really recommend learning the knitting belt technique. 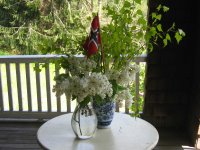 Edited March 1st, 2010: I bought my knitting belt at Schoolhouse Press. You can also get them from Jamieson & Smith.
Posted by Hege at 7:54 AM

My greyhounds are from

This is a Flickr badge showing public photos and videos from hegejl. Make your own badge here.

Knitting Along With Friends 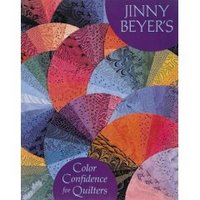 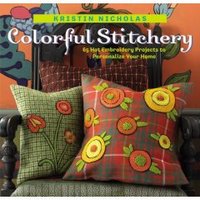 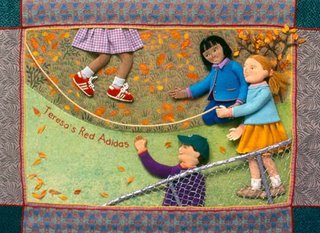 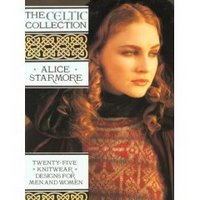 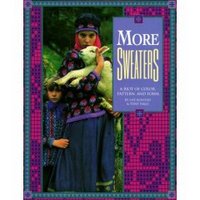